Come show your support for the community by attending a Live Professional Wrestling Event this Sunday, June 21st from 3pm – 7pm at the Pasadena Convention Center. Houston native, Chef Michael Bargas, who is My Life My Power’s 2015 Executive Chef for the event, will be cooking up a storm as he prepares meals that will be available for attendees and provided to VIP guests. Thanks to the generous donation from Gringo’s Mexican Kitchen and Martin Preferred Foods, Chef Bargas will be cooking meals to serve the 500+ children and teenagers that will be receiving sponsored meals. On behalf of My Life My Power, we wanted to say a special thank you to Chef Bargas as we greatly appreciate your commitment and dedication to the youth of Houston, Texas!

Chef Michael Bargas, MBA, is a Houston area native.  He graduated from Princeton University and the Culinary Institute of America in Hyde Park.  After a stint at Charlie Palmer’s Aureole in NYC, Michael returned to Houston.  He worked in fine dining with Masraff’s before moving to the Art Institute of Houston as a chef instructor.  There, he rose to the Director of the Culinary Department.  It was here that Michael developed a passion for education and mentorship.  Chef Bargas now works for Aramark as the Executive District Chef for Houston Independent School District.  He is responsible for developing recipes that are delicious for the students of HISD and also in line with the national school lunch program nutritional standards.

Chef Bargas is a lifelong professional wrestling fan as far back as Mid South and Paul Boesch in the Sam Houston Coliseum to attending several modern era Wrestlemanias and countless other shows. 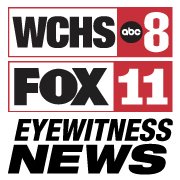